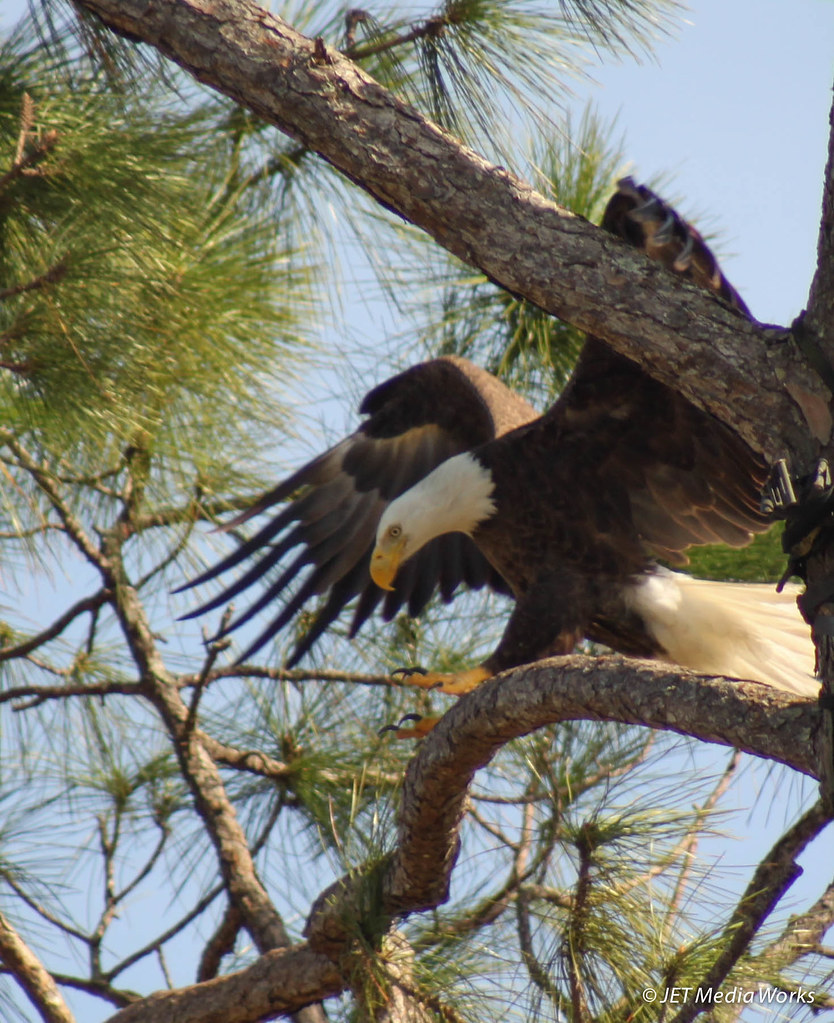 The eagle has landed! I visited the eagle nest in N. Fort Myers over the weekend to see if I could catch a glimpse of the two little eaglets in the nest. They're less than a month old, and while they're growing fast, they're probably still too little to be able to peer over their nest.  The past several years, a few traumatic changes have occurred at the nest: Ozzie (the male) died and Harriet was courted by a new suitor (M-15). The  couple has produced several eaglets, but, unfortunately, they haven't all survived, which has been tough for some people around the world who get very attached to these creatures as they watch them via a live webcam. The Eagle Cam is still tracking every movement in the nest...from an adult landing with a fish for lunch, to feeding the little ones, to taking off for a little quiet time away from the nest.  A word of warning: Watching these creatures is addicting!  By the way, Jack from Naples & Hartford in Season also visited the nest a few weeks ago and captured some amazing photos.
Posted by SRQ at 12:03 AM

I have been watching! I have the cam link right on my bookmarks bar and I check in once a day. I'm so pleased to see that both Es are thriving. Yes, it's addicting and yes, you get attached. Harriet is just amazing.

This one is beautiful.

I have had my students watching the cams before. They are addicting, but so great!

Beautiful photo! I love the eagle cam! I started watching it last year.

This is a beautiful shot! (I'm slowly moving into a new computer and bookmarked the eagle cam today.) We took an eagle watching trip last week in an open boat on the Skagit River, the site of a huge eagle migration. I was hoping for at least one shot like yours but we and the eagles were all hunkered in the rain and the eagles weren't finding anything interesting to eat in the river.

I obviously need to find out how to find these camera cams because I feel that I have really been missing out!