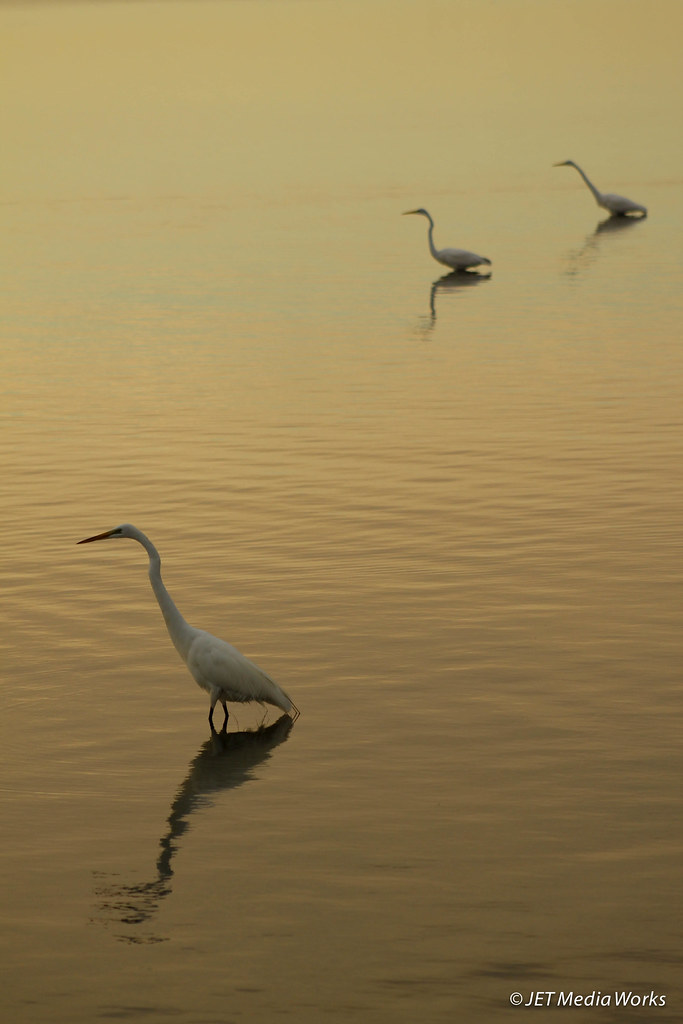 Just before sunset, as the sky turned golden, these egrets were in unison patiently hunting in Sarasota Bay.   Such a peaceful and unique scene...with the calm water and and the birds' graceful stances!
Posted by SRQ at 10:07 AM 6 comments 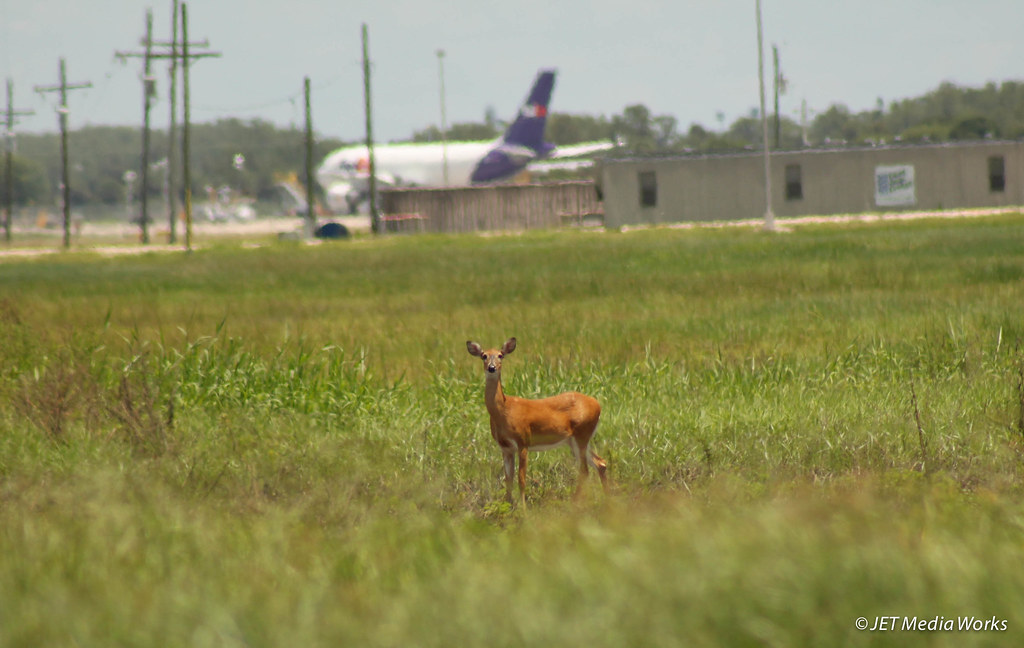 
Almost every time I go to the airport in Ft. Myers (RSW), I see deer in the adjacent fields.  Doesn't matter what time of year or time of day.  (The SDP Junior Editor spotted this one last Sunday afternoon as we headed to Departures and it was still there patiently waiting for me when I was leaving.) One has to think there's fencing around the perimeter to prevent them from wandering onto the tarmacs, right?
Posted by SRQ at 8:16 AM 5 comments 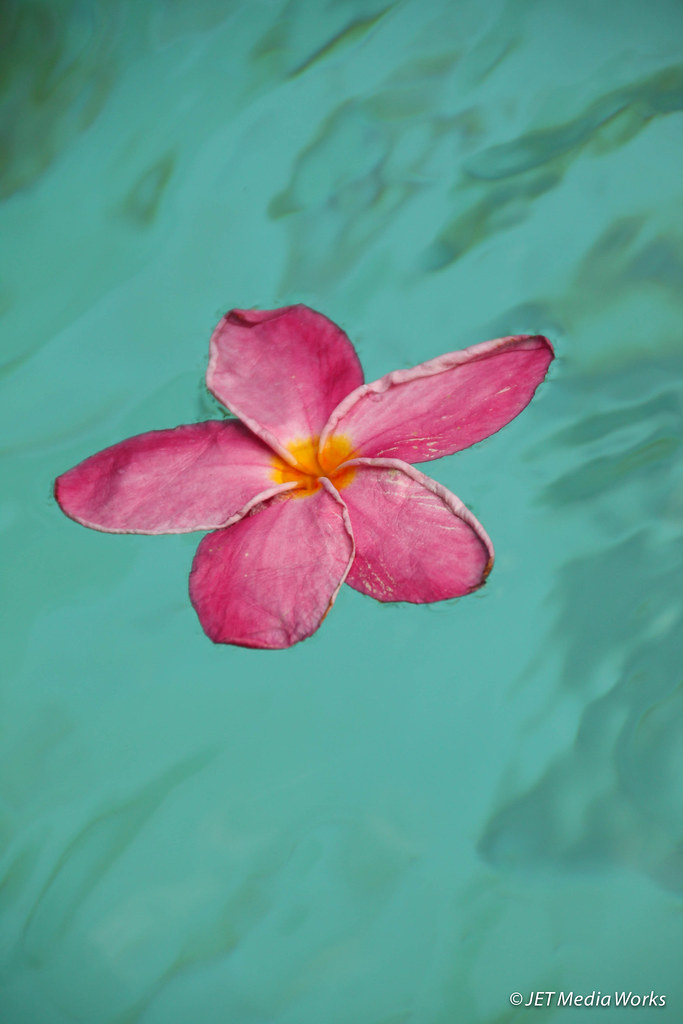 With July's theme day, "motion", right around the corner, I thought I'd tinker around with this frangipani flower floating in the pool.  The photos showing motion were a complete failure.  On the plus side....I ended up with this lovely (non-motion) shot!
Posted by SRQ at 12:03 AM 6 comments 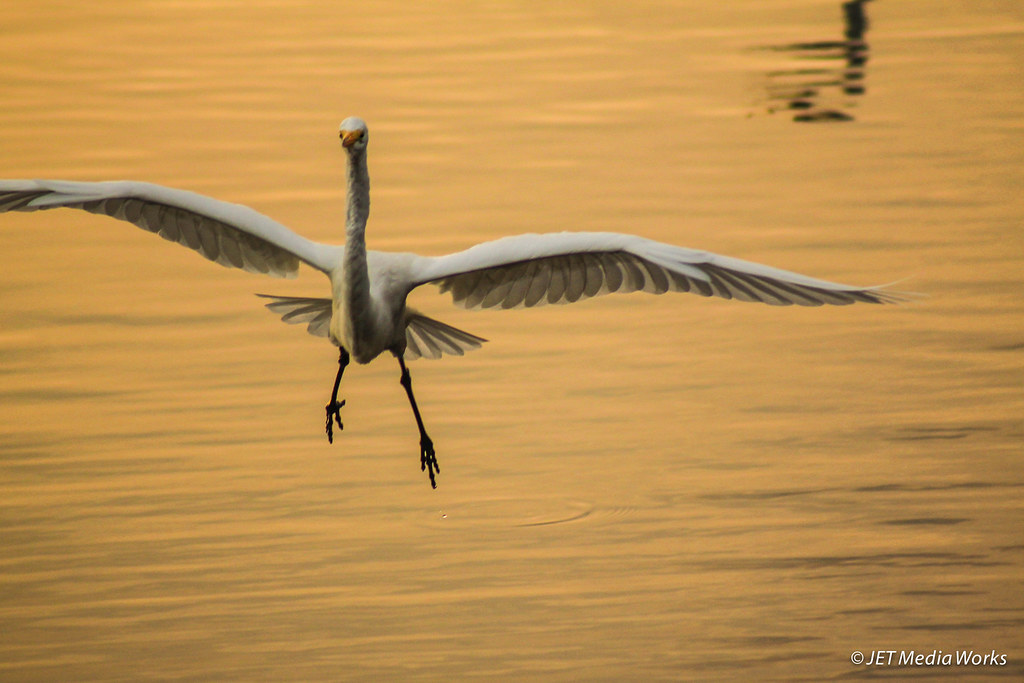 With the orange-yellow hues of sunset reflecting on Sarasota Bay, an egret takes flight.
This is the same sunset from my last two posts.  There was a lot going on that evening!
Posted by SRQ at 12:03 AM 8 comments 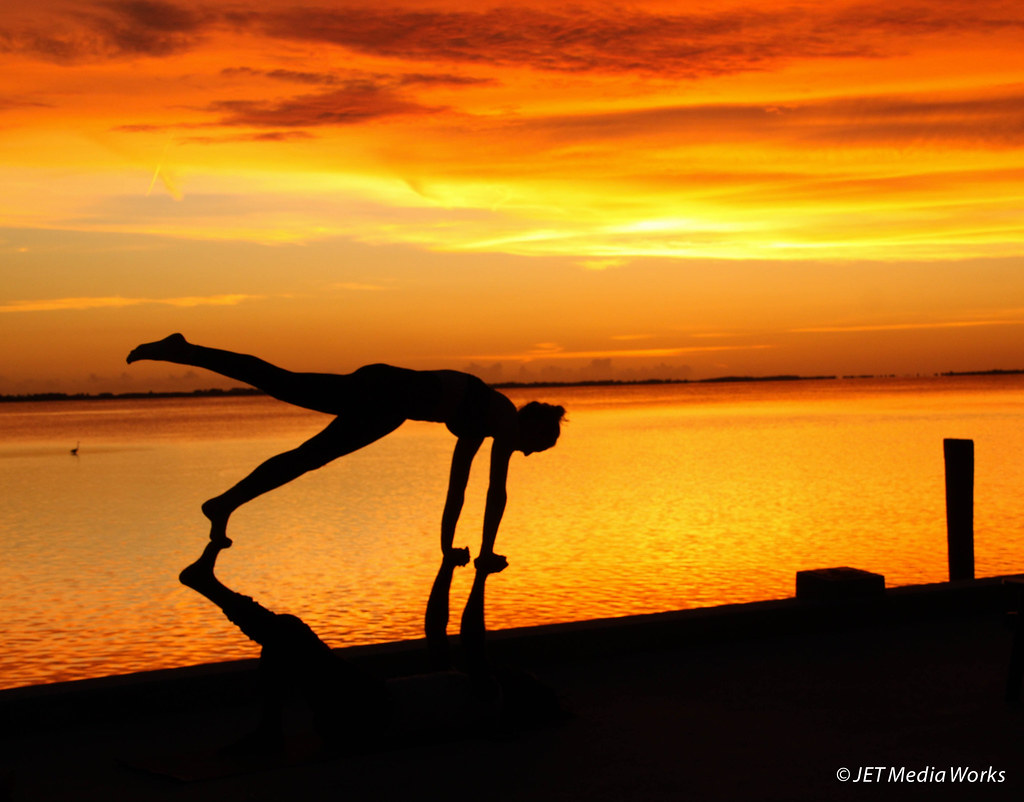 This was quite a scene!  I met Kylie last week while she was practicing acroyoga -- acrobatic yoga -- with her partner J.R. on Sarasota Bay. (I must confess, until we met, I didn't know acroyoga is a thing.) I can't imagine the strength, dexterity, and balance required to do this!  Kylie supported herself on J.R.'s hands and just the toes of one foot.... 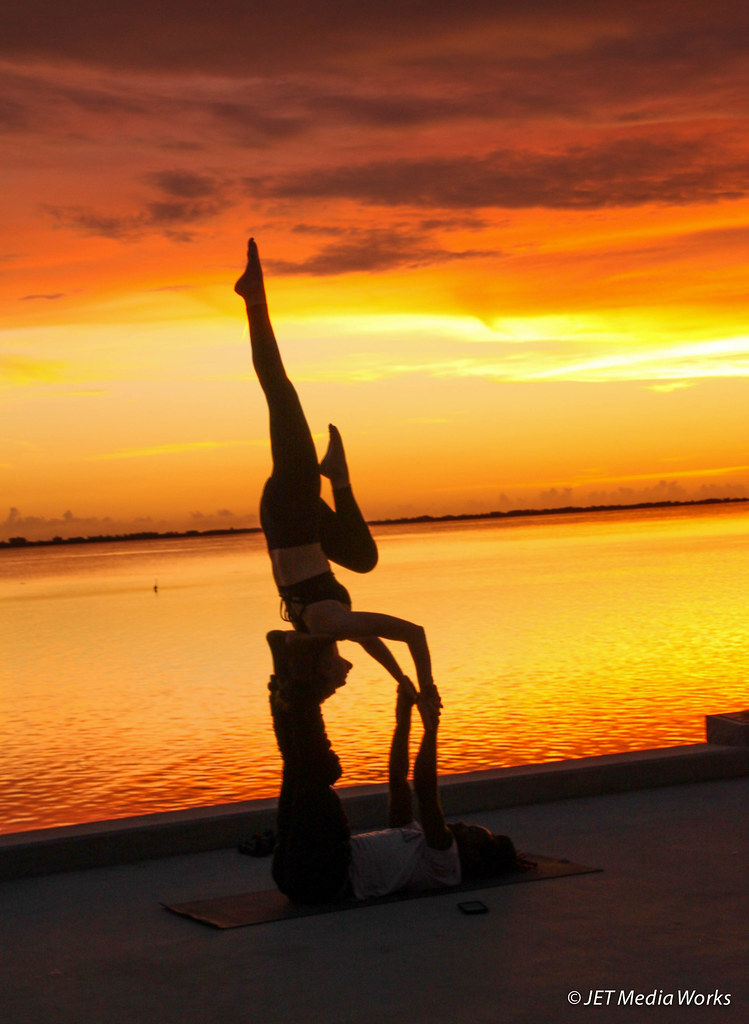 And, she gracefully maneuvered into a shoulder stand of sorts by balancing her shoulders on J.R's feet.  Very cool!  What was especially amazing is how easy they made these physically demanding poses look.  I bumped up the shadowing on this shot to offer a better look at this pose.  Pretty amazing! What a fun, chance encounter meeting them during that spectacular sunset (which somehow didn't seem to distract them). Good time...great timing!
Posted by SRQ at 12:03 AM 7 comments 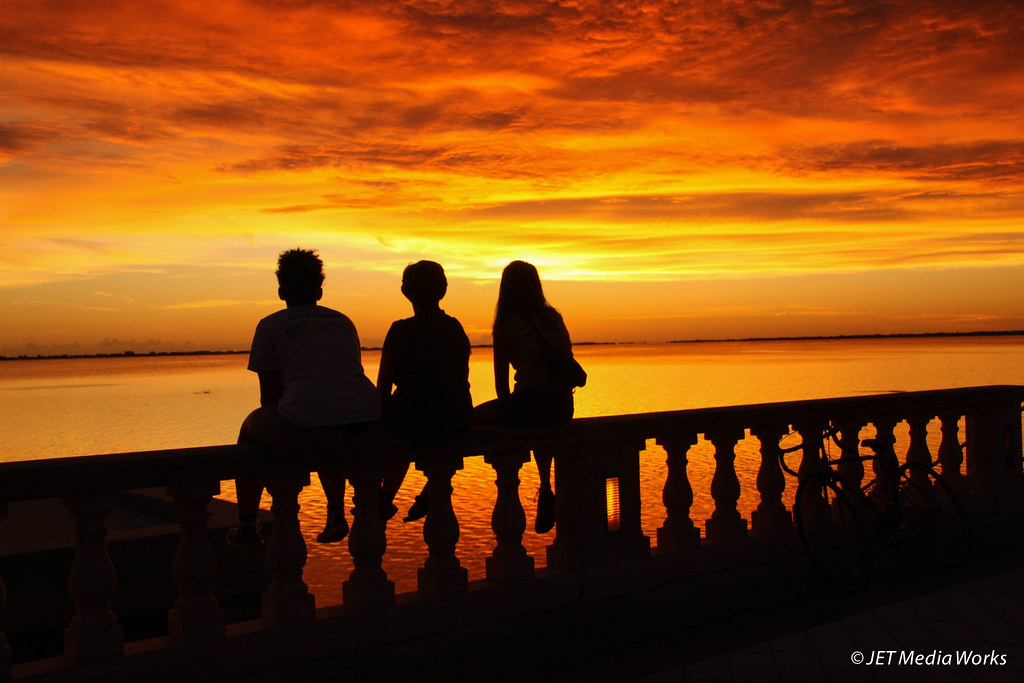 It's been so rainy here recently, I haven't seen or photographed a proper sunset for awhile.  So, when it unexpectedly stopped raining last night, I quickly scanned the sky, then grabbed my camera bag and dashed to Sarasota Bay, confident the sun would sink below the clouds and create a nice glowing sunset.  I certainly didn't expect...this!  WOW!  This is the campus at New College of Florida and I had the place to myself until just before the sun went down. Then, people quietly started to materialize. This trio of young ladies was having a great time chatting and laughing and enjoying Mother Nature's show.  I walked behind them on my way to a different location, when I realized this was the shot!  I also captured some other interesting photos, which I'll share as time permits -- hopefully soon!  Hope everyone is doing well in the blogosphere!
Posted by SRQ at 12:03 AM 9 comments 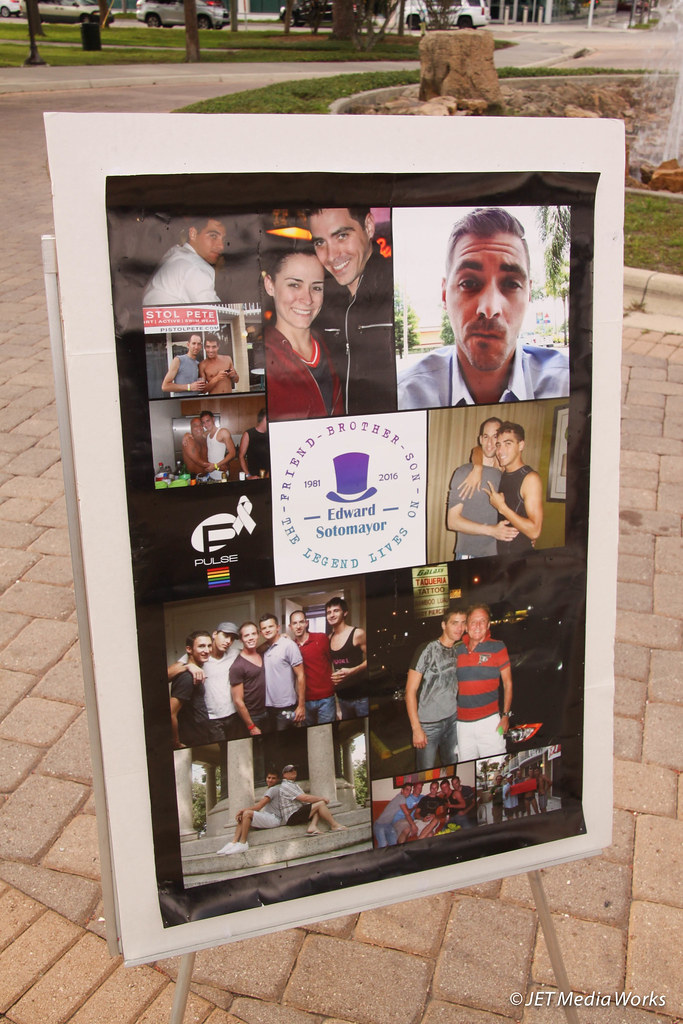 It's hard to believe yesterday marked one year since the shooting massacre at Pulse nightclub in Orlando. The deadliest mass shooting in the U.S. -- committed by a man living in Florida motivated by hate, terror and the Islamic State.  It struck very close to home, with the first victim identified, Eddie "Top Hat" Sotomayor, from Sarasota. Last night, an intimate gathering of Eddie's friends and concerned members of the community gathered at a park downtown to remember Eddie and the 48 others lost. 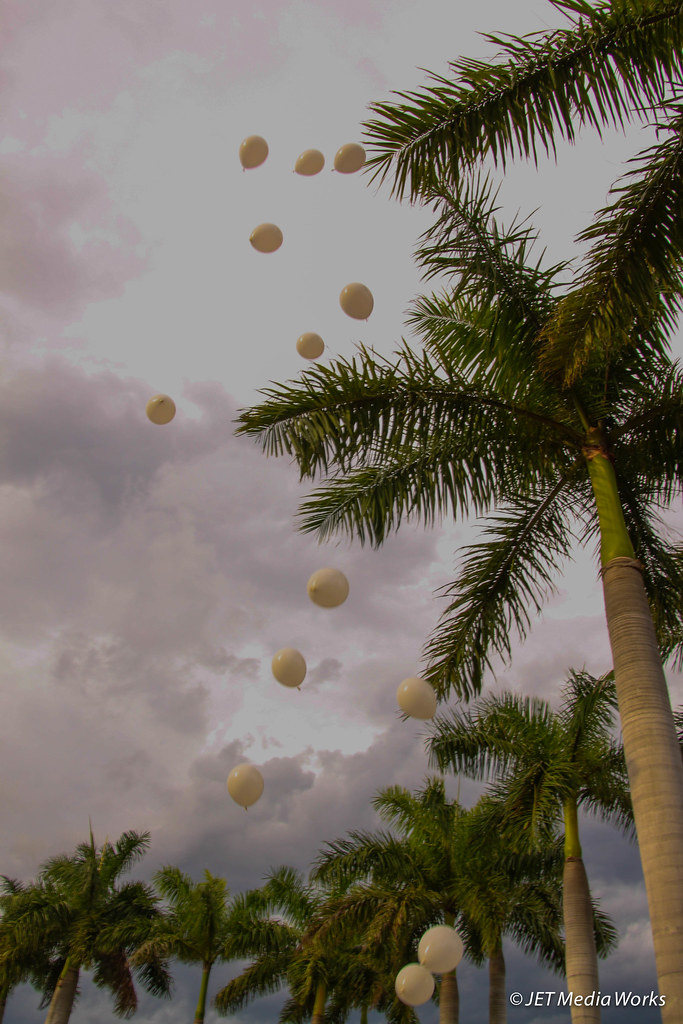 With storm clouds building (the symbolism not lost on us), 49 white balloons were released in remembrance of each victim.  I've only read or heard stories about Eddie.  By all accounts, it sounds like he was a fun, caring person.  His friend who organized the vigil said Eddie would've really liked this small, casual gathering...which is nice to hear.  So much more to say about the Pulse terrorist attack, but I'll leave it at that.
Posted by SRQ at 12:03 AM 6 comments 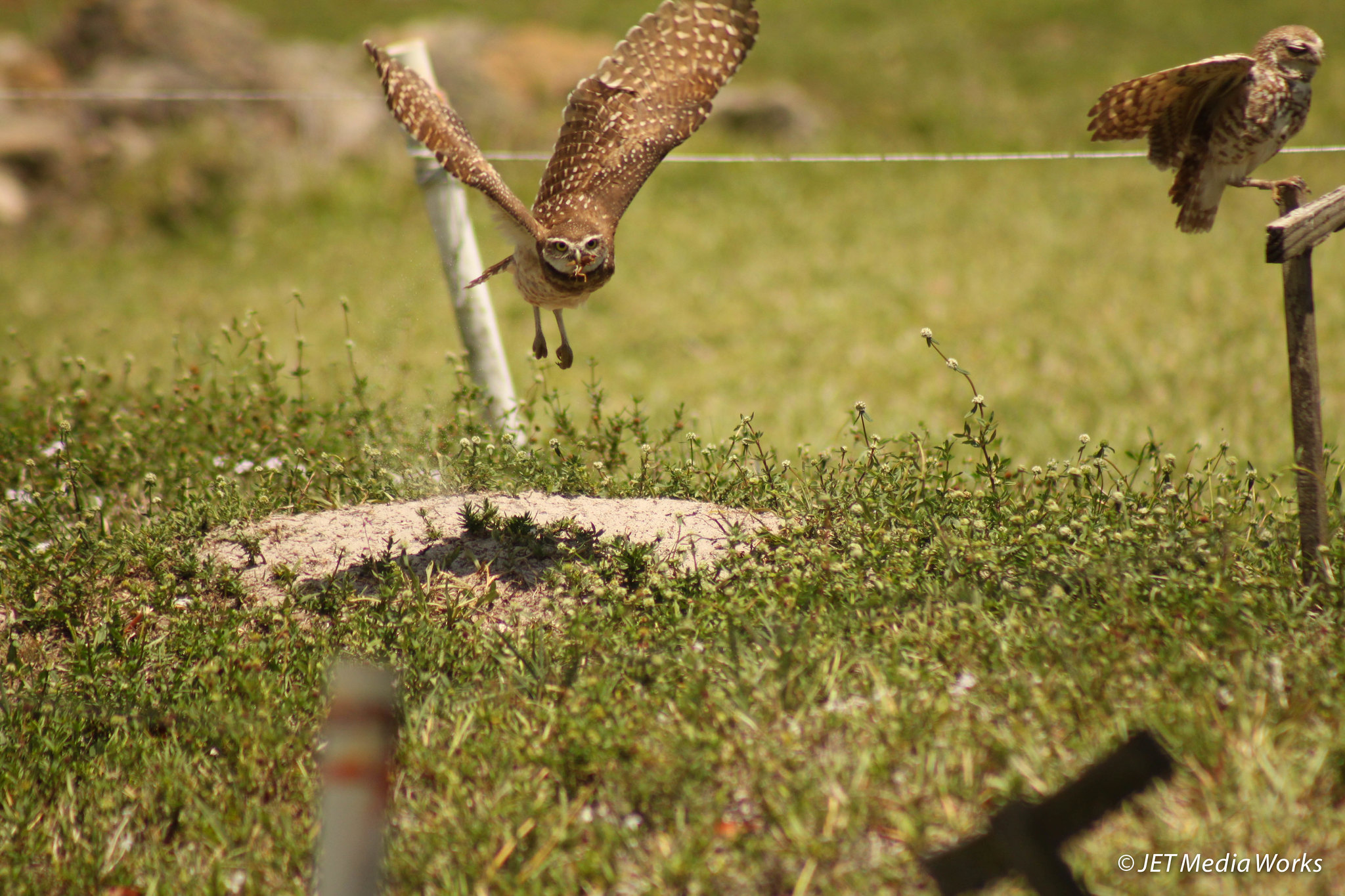 Sometimes you just get lucky, pure and simple! These burrowing owls were enjoying the afternoon recently sunbathing in the wild in Cape Coral, about 80 minutes south of Sarasota. When one of the owls took off toward me, I was so focused on the bird's movement (literally and figuratively), that I didn't notice it had something clamped in its beak. 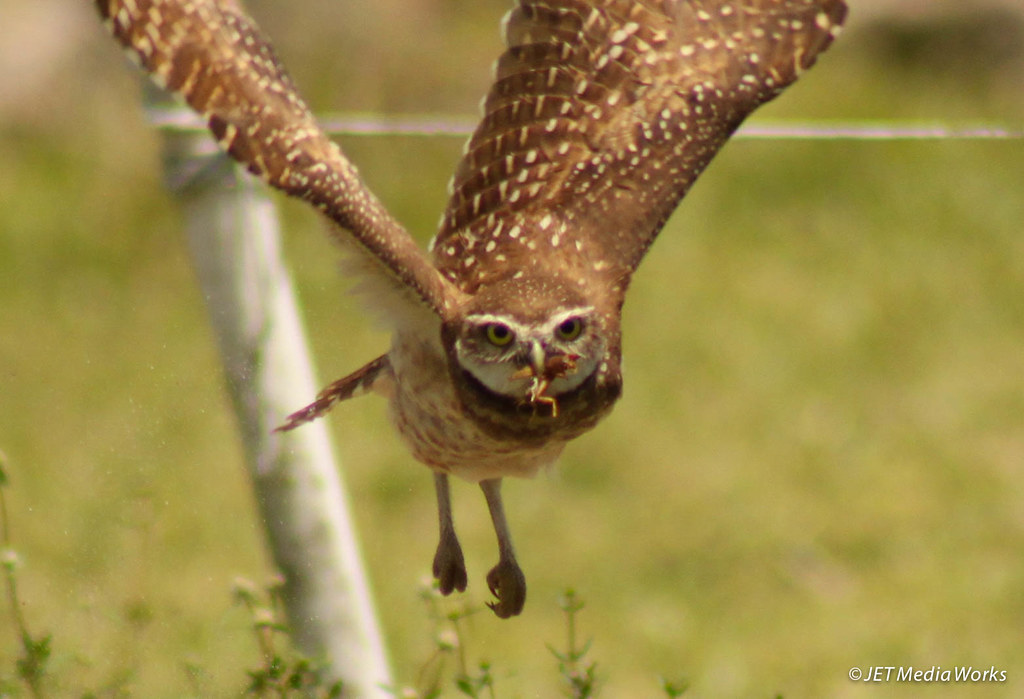 When I downloaded the files and looked a little closer, I discovered that it had an in flight meal of what appears to be a cricket.  How about that!  This photo is cropped quite a bit...but, offers a better view of the size of that insect.  Quite a lunch!
Posted by SRQ at 12:03 AM 9 comments 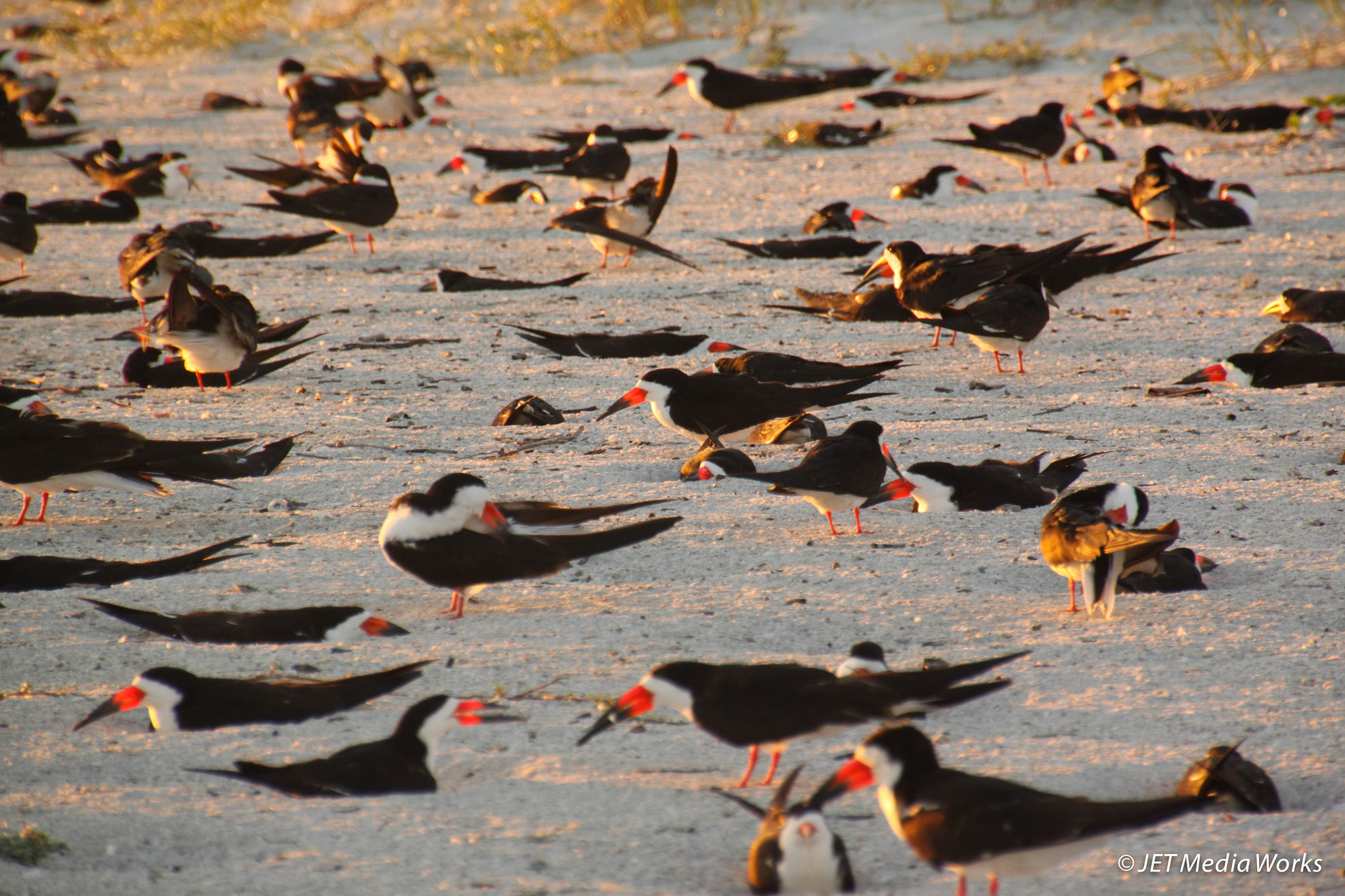 There's a sizable black skimmer colony located on Lido Beach right in the city limits in Sarasota. When I say on the beach, I mean...On. The. Beach. The nesting area is cordoned off from the public, since skimmers are a protected species.  Nevertheless, I was surprised by the size of the colony -- skimmers galore! 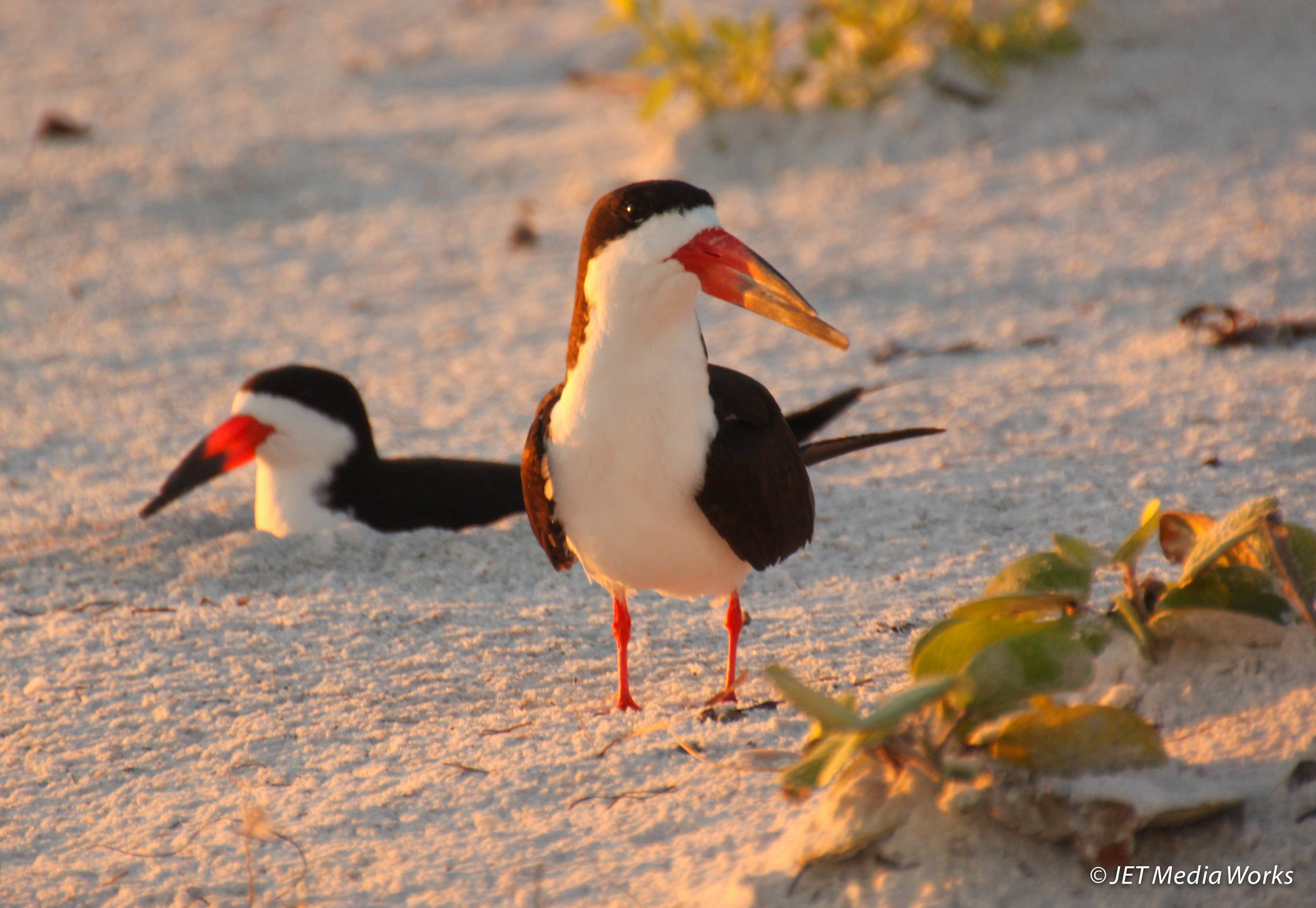 Naturally, out of the dozens and dozens of skimmers here, one cute little ham was ready for his close-up! (What a poser!) This pic shows why skimmers are also known as the 'scissor bill' bird. They're the only bird whose lower bill is longer than its upper. That long lower bill really comes in handy when they skim the water hunting for small fish!  Love these unique seabirds.  Hope everyone is having a good weekend!
Posted by SRQ at 12:03 AM 9 comments 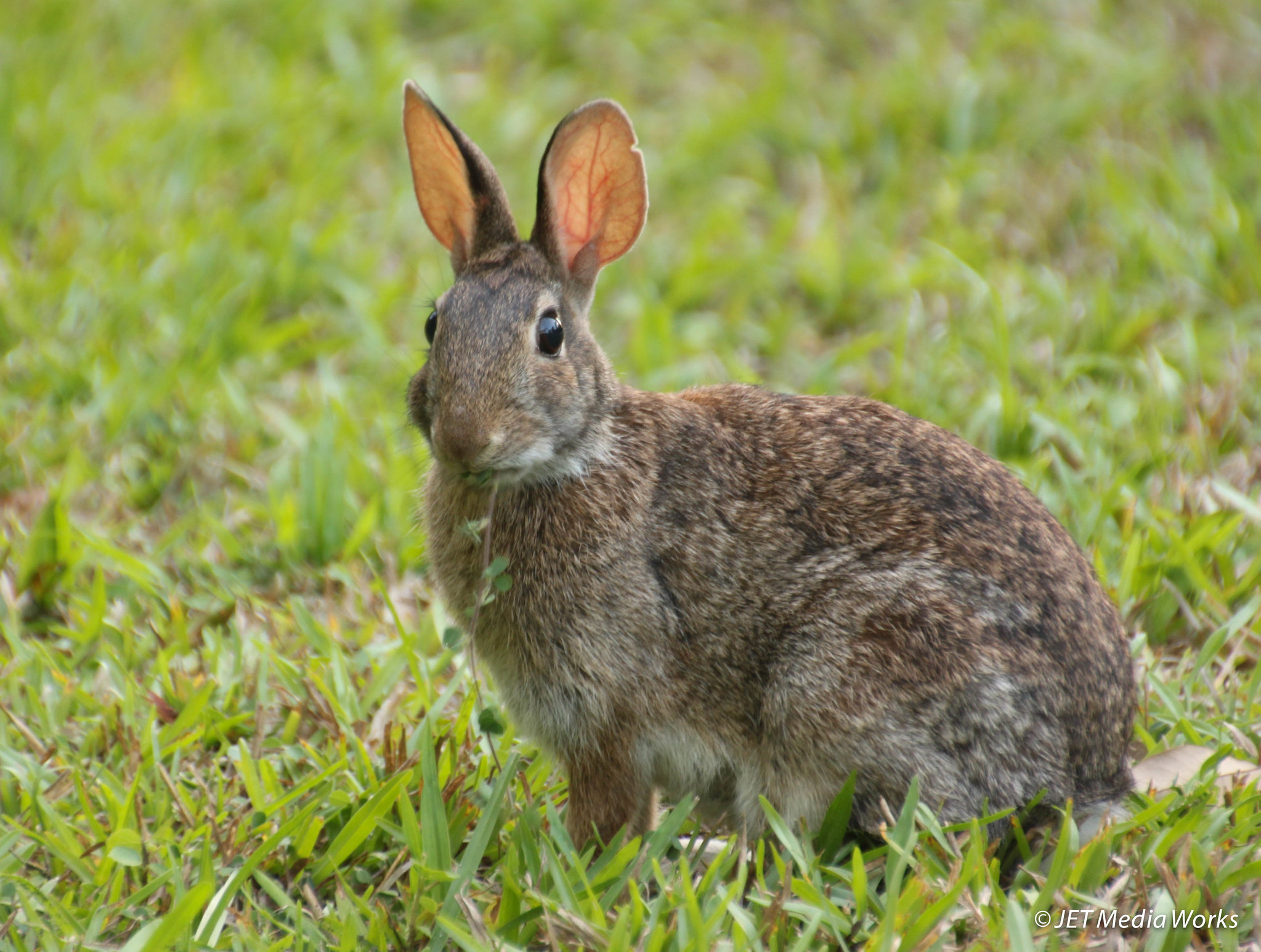 Caught!  In the act of devouring fresh greens al fresco!
Is it me or does this cute bunny rabbit appear to look a bit guilty of....something?
Taken this week at Conservatory Park in Sarasota.
Posted by SRQ at 12:04 AM 8 comments 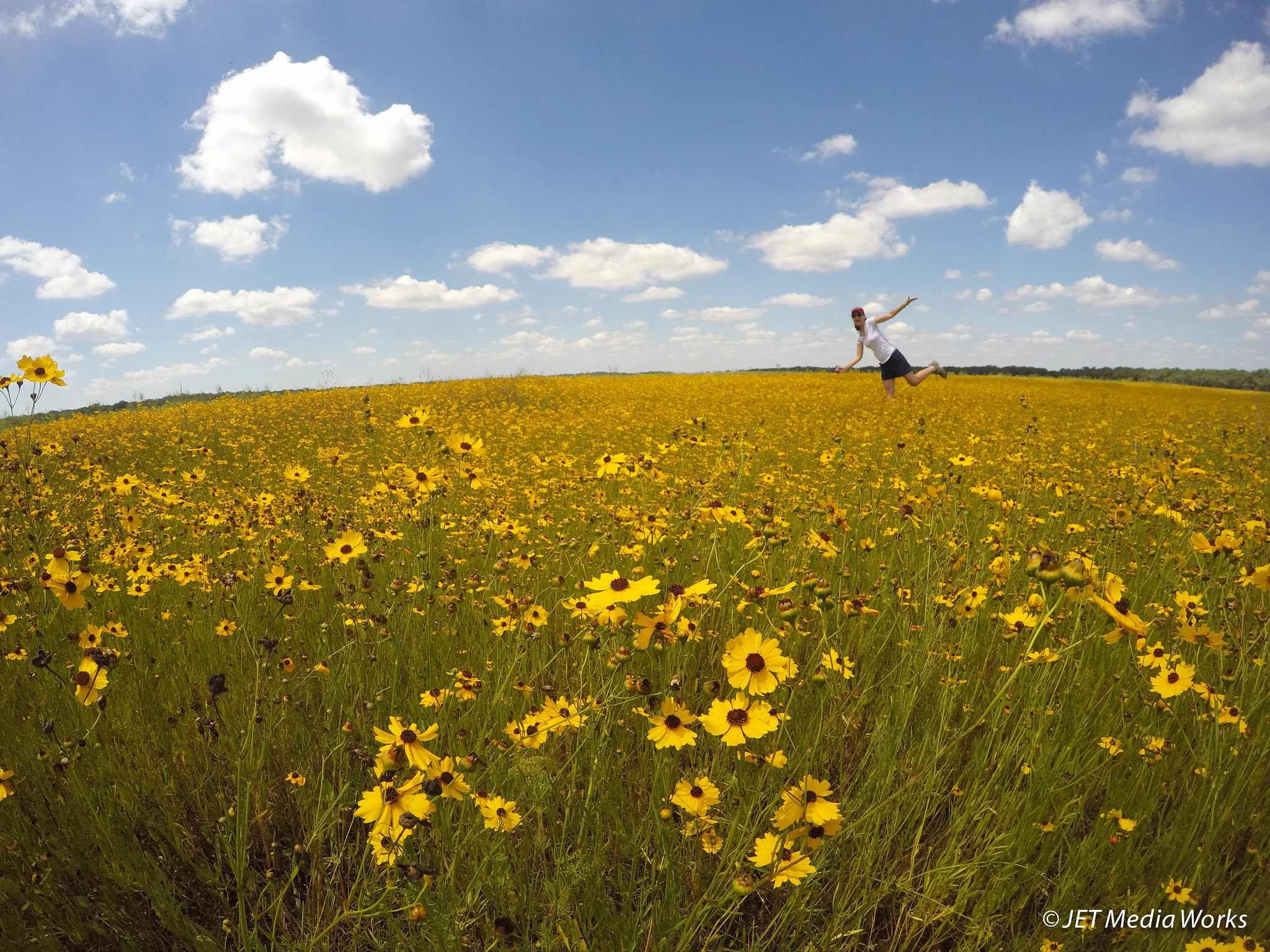 The SDP Editor-in-Chief caught in the act...frolicking in a vast eye popping field of coreopsis! (If you were here, you would've done it too.)  This is one of my favorite local spots for nature photography: Myakka River State Park here in Sarasota.

This month's City Daily Photo theme day is 'Nature'. Many other interpretations from around the world are posted here.  Enjoy!
Posted by SRQ at 12:03 AM 14 comments