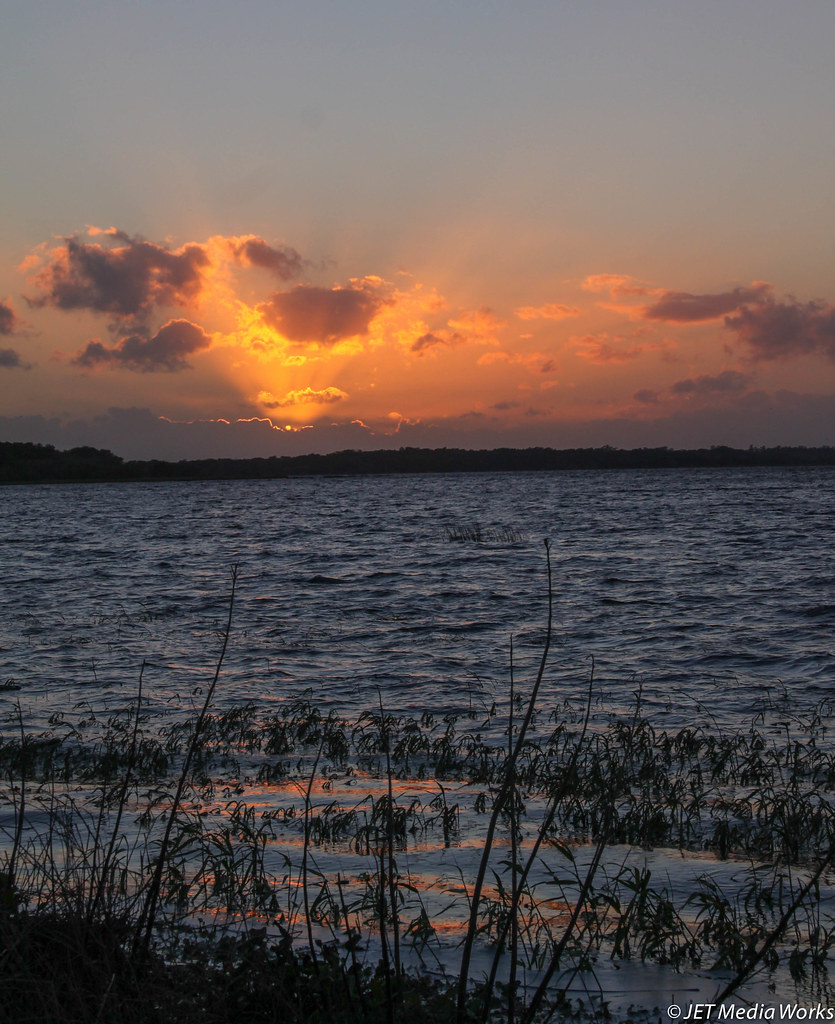 I was hoping the crepuscular rays would become more pronounced as the sun dipped behind the clouds. Instead, the rays just disappeared leaving me standing in the cold.  All day Saturday, gale force winds whipped around Sarasota and the wind chill was down in the 40s (chilly for Sarasota) as the big storm producing all that snow up north moved across the Florida peninsula. Glad the winds have died down!  Hope my blogger friends in the snow zone have been able to dig out.
Posted by SRQ at 6:00 AM 7 comments 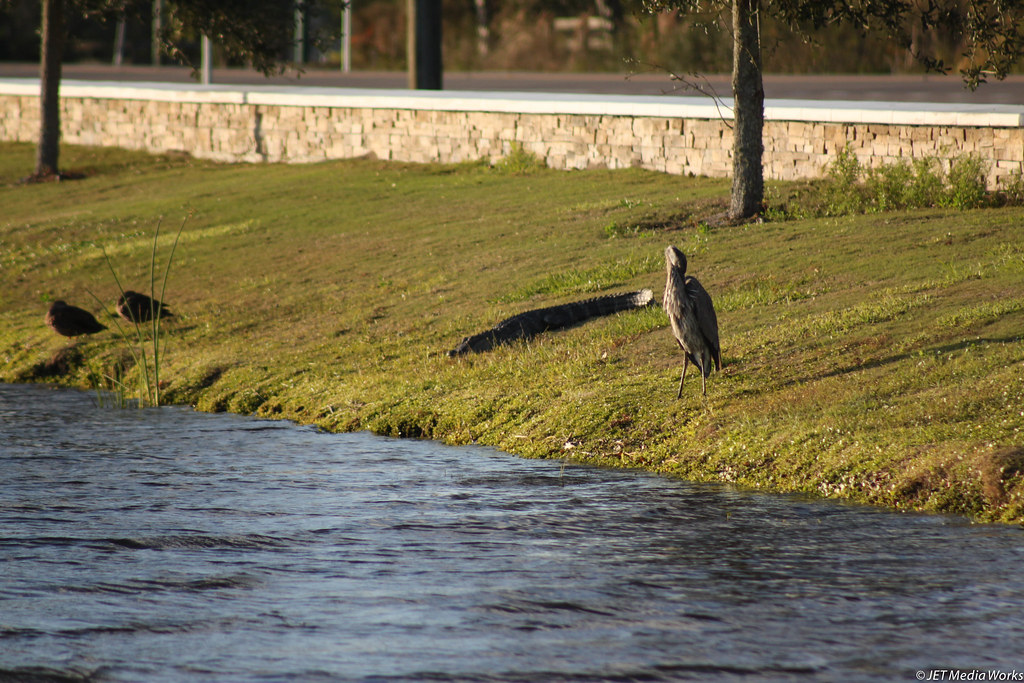 So...two ducks, an alligator and a great blue heron are all sitting around a cemetery… 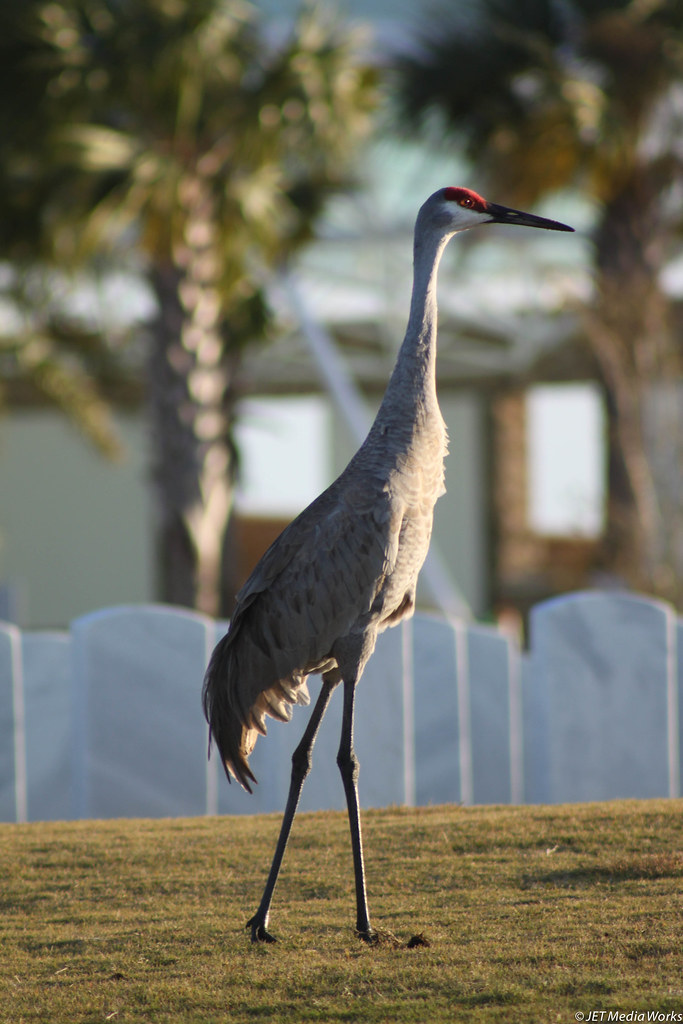 …and up walk two sandhill cranes.
No joke!
This actually happened at Sarasota National Cemetery yesterday. 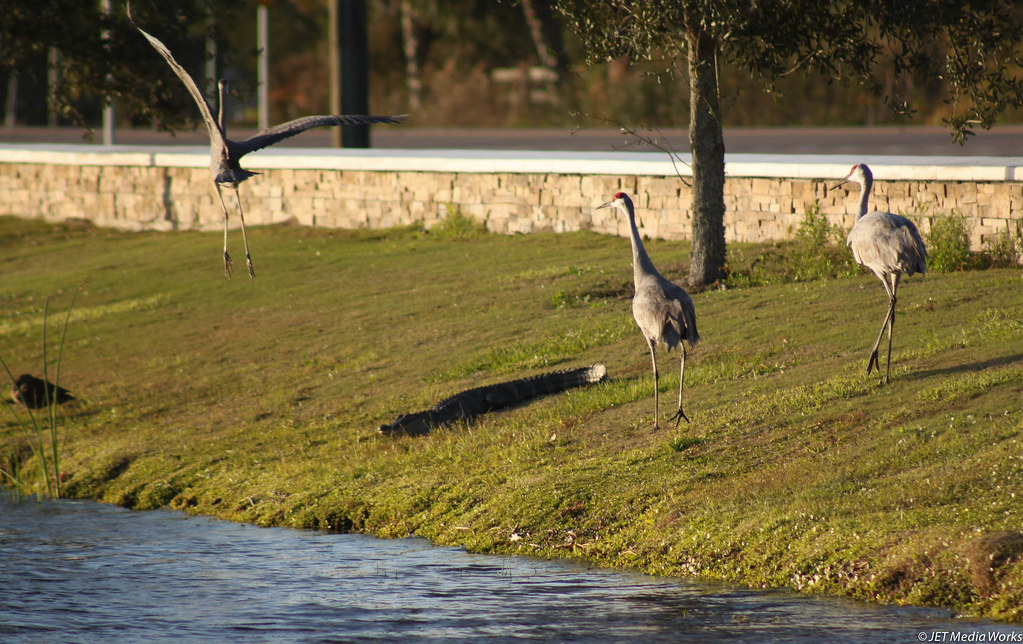 The heron was a bit skittish and flew a feet few away….apparently out of respect for the big cranes and to make room for them.   (The ducks and gator didn't move.  And, actually, seemed bored by the sudden activity.) 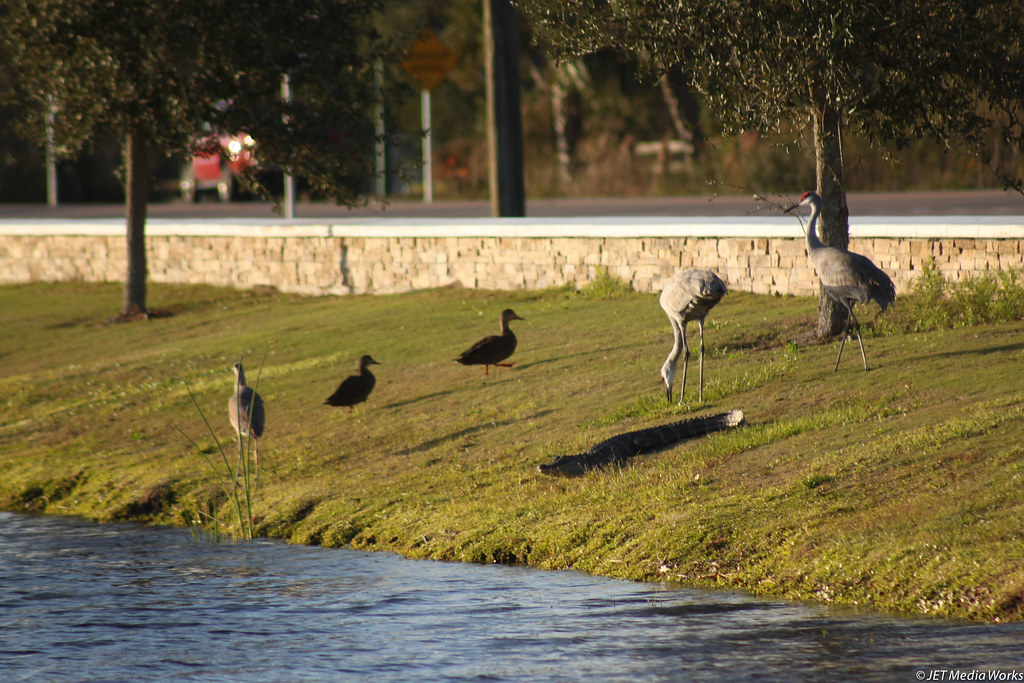 Then, something interesting happened:  they all stayed within a few yards of each other without any incidents….all living in harmony.
Posted by SRQ at 12:03 AM 14 comments 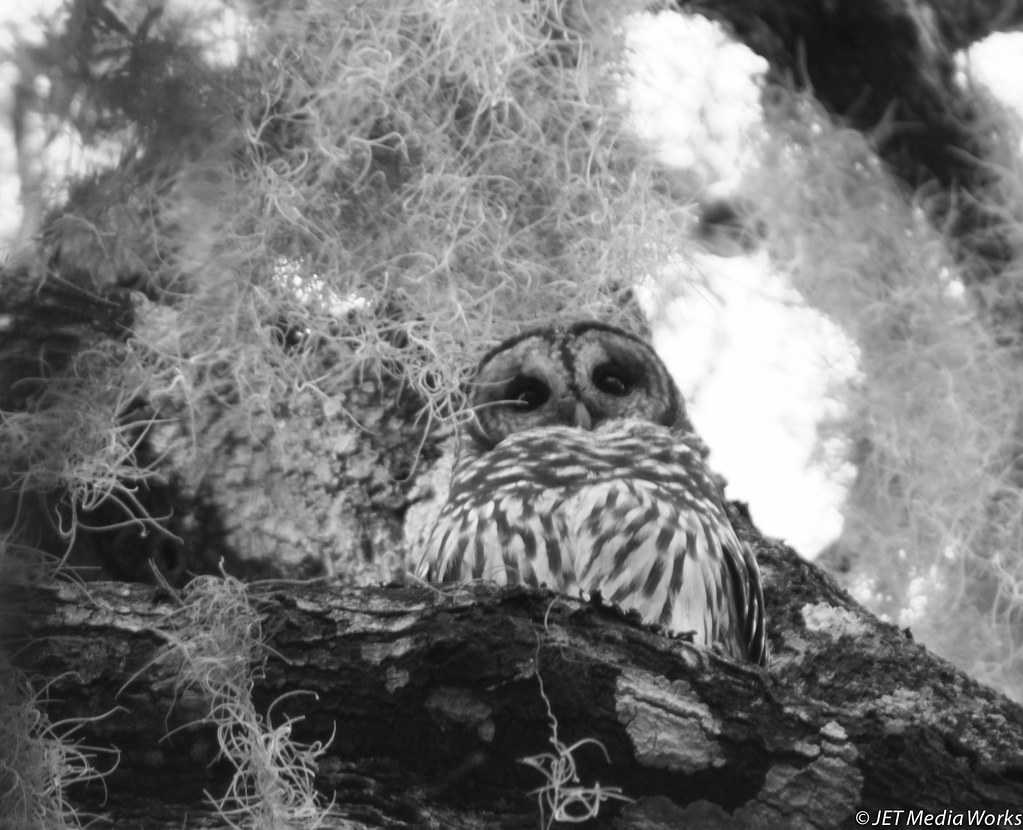 Believe it or not, I had given up on seeing any wildlife at Myakka State Park last Saturday evening, when I encountered this barred owl. It was a beautiful evening and the park was filled with families, so most of the wildlife had opted to go into hiding. I couldn't have imagined I would have an excellent opportunity to use two new pieces of camera equipment I received for Christmas: a tripod with a ball head and a remote control.

As I was driving out of the park, an owl flew right over the hood of my car --- and landed in a tree top about 35 yards away in the woods. Yes! By the time I had quietly positioned myself to get a good shot, I realized I was almost directly under the bird -- a perfect situation to use the new tripod.  (It was quite exciting to shoot almost vertically on a tripod.)  To minimize camera shake, I used the remote control.  And…voila!   The owl seemed very curious about what I was doing.  Unfortunately, the fading sunlight resulted in washed out colors.  So, I converted the image to black and white.  Hope everyone is having a good weekend!
Posted by SRQ at 8:56 AM 9 comments

Calm Before the Storms 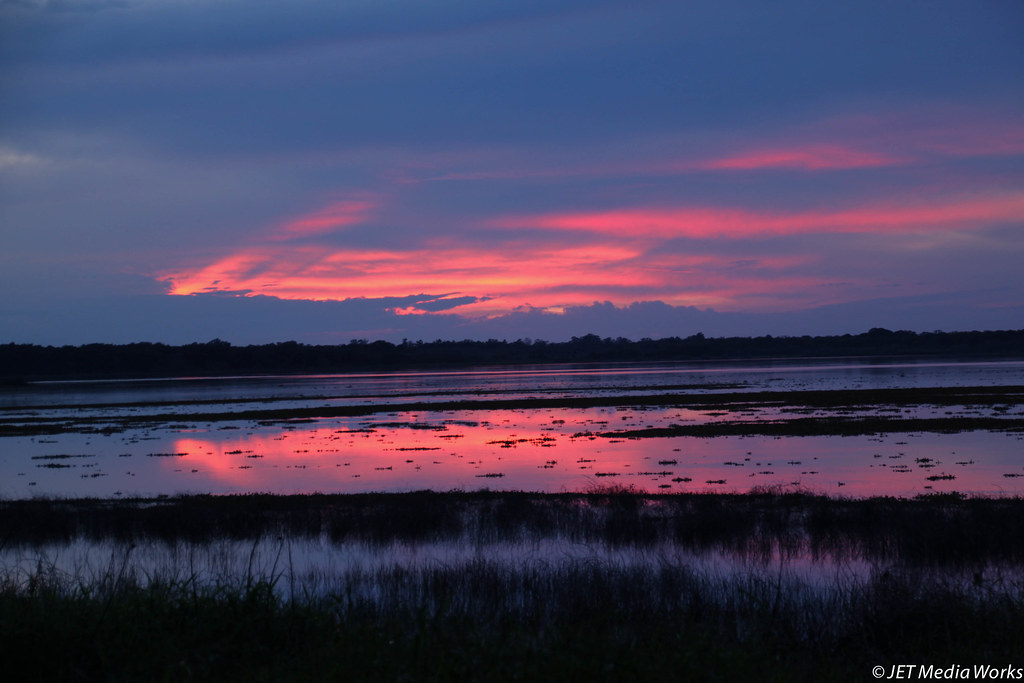 Meteorologists predicted severe weather for early Sunday morning, but there weren't any signs during this beautiful sunset at Myakka River State Park last night.  Then, 9 hours later, I was awakened by a weather alert on my cell phone: tornado warning!  Sarasota was in the direct path of at least two tornadoes as a dangerous line of thunderstorms rolled ashore from the Gulf of Mexico in the middle of the night.

Severe structural damage is being reported on Siesta Key (south of downtown Sarasota).  Somehow,  the storm just grazed the Sarasota city limits, with initial damage reports showing only downed power lines and trees.  Minutes before landfall, the weather radar indicated a possible direct hit on downtown Sarasota by an EF-2 tornado with wind speeds up to135 mph.  Thankfully, that didn't happen.  Amazingly, no one was killed or seriously hurt in Sarasota County.  Unfortunately, though, when a second line of storms cut through the area a short time later, two people were killed in Manatee County just to the north.

All's well (albeit busy) in the SDP world.  We didn't even experience wind gusts at the SDP Headquarters.  My tremendous respect for Mother Nature continues.
Posted by SRQ at 10:51 AM 9 comments