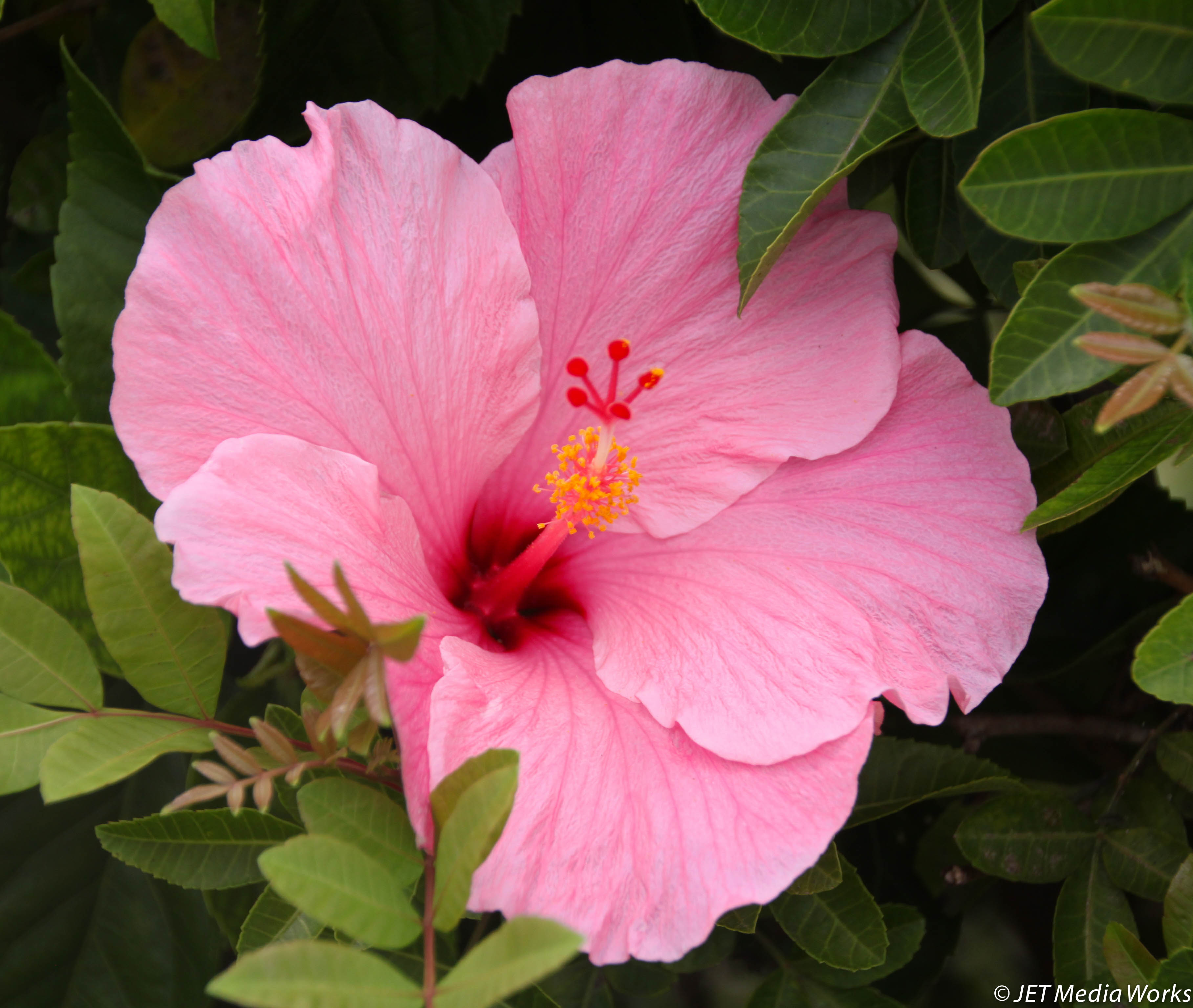 At some point during this busy spring season, Sarasota Daily Photo marked its 5th anniversary.  How has the time escaped?!  It seems every year I write that I wish I had more time to spend on the blog.  And, that remains true.  Although we're not publishing as frequently as we would like, the editor-in-chief (and the entire staff) is still committed to showcasing scenes from the Sarasota area and staying in touch with our many City Daily Photo friends around the world.  As you may know, the SDP editor-in-chief rarely signs off on flower posts, but this hibiscus (spotted in downtown Sarasota this past weekend) was just too stunning to leave on the editing floor…especially for this special occasion.
Posted by SRQ at 12:03 AM 7 comments 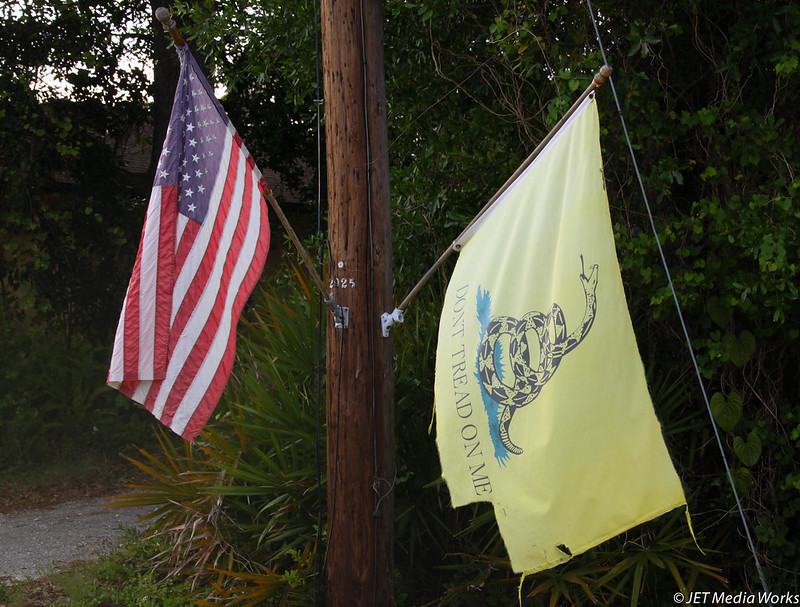 Nothing says 'revolution' like the Gadsden flag. The image of a coiled rattlesnake and the text "Don't Tread on Me' dates back to 1775, just before the beginning of the American Revolution.  As many as 24 years earlier, Ben Franklin drew a sketch of a rattlesnake divided into pieces in what's believed to be the first editorial cartoon in an American newspaper. The rattlesnake image resonated with colonists. Rattlesnakes (apparently) are only native to America.  They will warn with their rattle if someone infringes on their territory, and only strike if provoked. The phrase 'Don't Tread on Me' came to represent the colonists' unity against tyranny and England, and their fight for individual liberty and freedom.

The Gadsden flag is named for Col. Christopher Gadsden of South Carolina. He was one of three members of a committee which created the Marines (with a grand total of four ships).  Col. Gadsden, it's widely thought, presented the Navy's commander-in-chief with this flag, believing it was important for him to have something distinctive and personal flying on his ship.

I recalled seeing this scene in Sarasota recently…retraced my steps…and voila -- a theme day photo!   In my mind, I recalled just the Gadsden flag.  But, I was quite happy to see the American flag there too.    To me, these two flags side by side truly symbolize 'revolution'.

If you'd like to see other interpretations of this month's theme day, revolution, click here.  I'm looking forward to seeing everyone's submissions.  This was a challenging theme day!
Posted by SRQ at 12:05 AM 15 comments