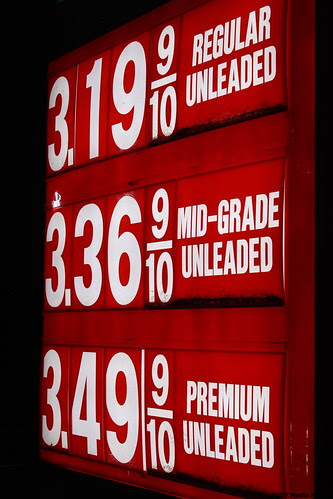 Well, gas prices here continue to drop. Since last month, they've gone down 30-cents. This is the lowest price for regular unleaded we've seen since I started this project in March 2011.   Let 'er drop!
Posted by SRQ at 6:37 AM 4 comments 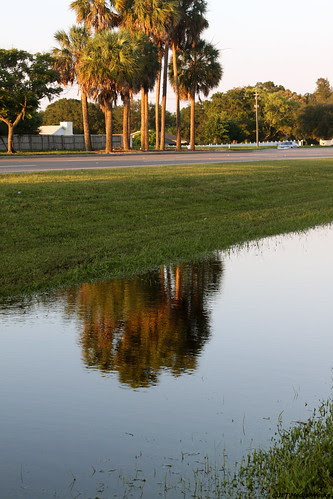 Not surprisingly, a report was released yesterday announcing that the majority of Florida is no longer in a drought thanks to Tropical Storm Debby. We still have some standing water but soon it will be evaporated or absorbed into the ground. In the meantime, the beautiful sunny weather is back.  And just in time for SDP's top assistant to the editor to celebrate another birthday!
Posted by SRQ at 12:08 AM 5 comments 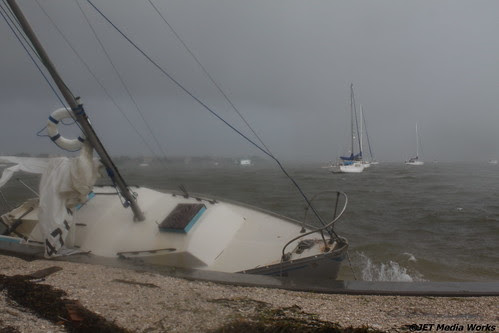 We've been enduring Tropical Storm Debby in Sarasota for several days now. I actually thought I was going to miss it because I was near Orlando this weekend when the rain started.  Little did any of us know, Debby was going to stall in the Gulf of Mexico and then slowly crawl her way up and over the state dumping massive amounts of rain.  The rainfall totals are breaking records.  So far, Sarasota has received 9 inches of rain from Debby.  (Tampa received nearly 12 inches just on Sunday).  Besides all the rain, the wind has been fairly steady at 23 MPH.  But, the good news is...the flooding has been minimal so far and confined to low lying areas.  Of course, there are down trees and electrical outages, but fortunately, my power has been on the entire time.  About a dozen boats in Sarasota Bay lost their moorings and crashed ashore, including this one pictured. (Believe it or not, the sun had been shining just minutes before I took this picture -- that's how quickly the feeder bands roll in.) We're expected to feel the effects of Debby at least for the next day, maybe two.  Once the Gulf of Mexico settles down we'll see how the beaches faired.  While this is the hardest Sarasota has been hit in many years, it's nothing compared to Hernando and Pasco Counties, north of Tampa, where they are overwhelmed with high flood waters and mandatory evacuations.
Posted by SRQ at 12:03 AM 11 comments 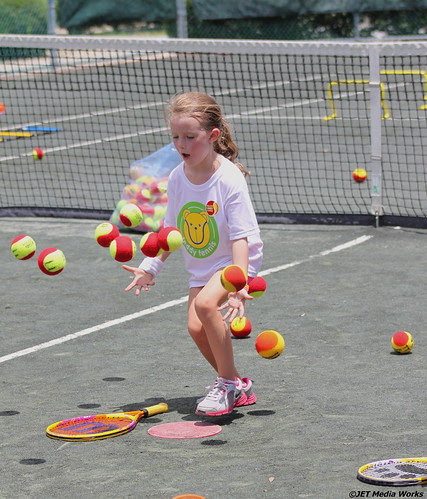 The inaugural Sarasota Sports Festival was held this past weekend in Payne Park in downtown Sarasota in conjunction with the opening of a new circus themed playground. What an event! Besides all the activity on the playground, a myriad of sporting events took place simultaneously including tennis, skateboarding, BMX and Strider biking, disc golf and exercise classes. This is a shot of 6-year-old Hayley playing Teddy Tennis, a program designed for kids ages 3-6, which teaches tennis skills through the use of teddy bears, pictures and music. (To learn more about Teddy Tennis check out this short video.)  The festival was so popular most likely it will return next year....maybe with even more sporting events.
Posted by SRQ at 12:08 AM 7 comments 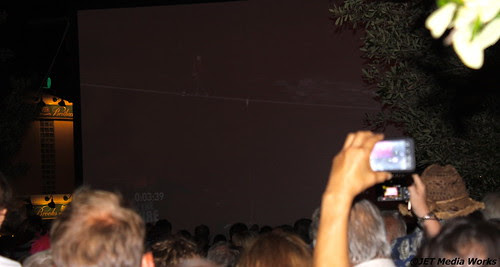 Downtown Sarasota was filled last night as a block party was held to cheer on resident Nik Wallenda as he attempted to be the first person ever to walk across Niagara Falls -- from the American side to Canada. Nik is a 7th generation circus performer...as in The Flying Wallendas.  It was broadcast live on ABC and the crowd watched nervously as he walked on a 2-inch wire high above the falls -- and even talked to the anchors mid-walk. It went flawlessly!  Nik even bowed on one knee and waved to the crowd toward the end and ultimately ran the last several feet.   Although ABC required him to wear a safety tether (which Nik made clear he did not prefer) he did not need to use it.  Sarasota is so proud of Nik Wallenda.  Congratulations!
Posted by SRQ at 6:53 AM 7 comments 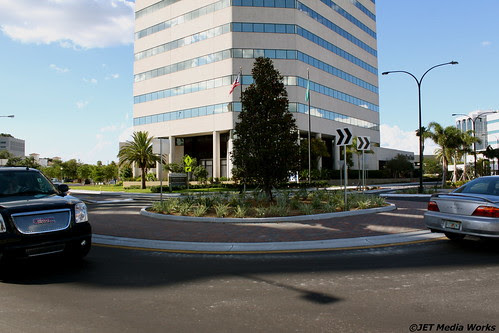 Sarasota is on its way to becoming a roundabout city.   This is the second one constructed in downtown within the past couple of years.  It recently opened at Ringling Blvd. and Pineapple Ave.  -- and no one seems to be having any problems negotiating it.  Another roundabout will open just one block away later this week.   And, plans are in the works to construct two large roundabouts on U.S. 41 over the next few years.  So far so good!
Posted by SRQ at 12:03 AM 6 comments 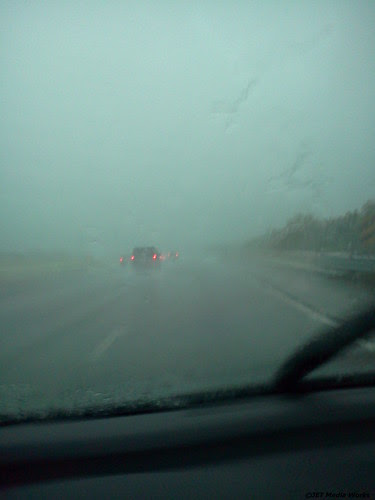 The rainy season started June 1st and it seems it's been pouring ever since. We've received approximately 7-inches of rain so far this month -- and we're only nine days in.  By comparison, we usually have about 1-inch of rain at this time.  We really need the rain, but after so many dreary, soggy days, I'm wishing for the return of the Sunshine State.
Posted by SRQ at 7:00 PM 5 comments 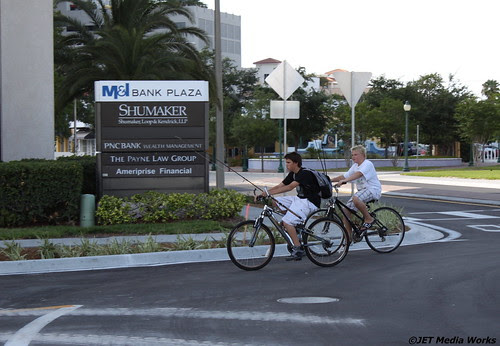 School is out here in Sarasota for the summer.  Imagine the feeling of freedom these young guys must have had to be on their bicycles, poles in hand, cutting through downtown as they headed to Sarasota Bay.  I guess they were searching for a different kind of school -- a school of fish!  We're still busy here at SDP Headquarters.  I wish there were many more hours in the day so I could shoot and post daily, and visit and comment on your blogs. I hope all is well with everyone in the blogosphere!
Posted by SRQ at 7:12 AM 5 comments 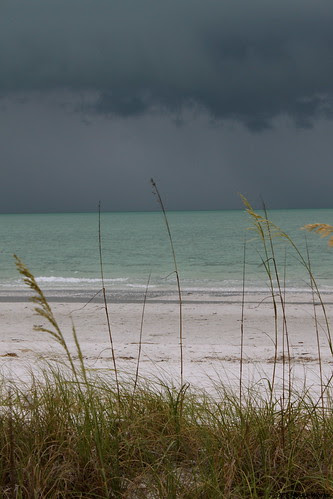 Is it really the first of the month already?!  Well, that means it's theme day in the City Daily Photo community and this month it's tranquility.  This is the calm before the storm.  I snapped this photo a couple of weeks ago at sunset as a squall blew in from the Gulf of Mexico onto Sanibel island, about 100 miles south of Sarasota.  What a beautiful evening!   Hope your Friday is tranquil.  Click here to view thumbnails for all participants.