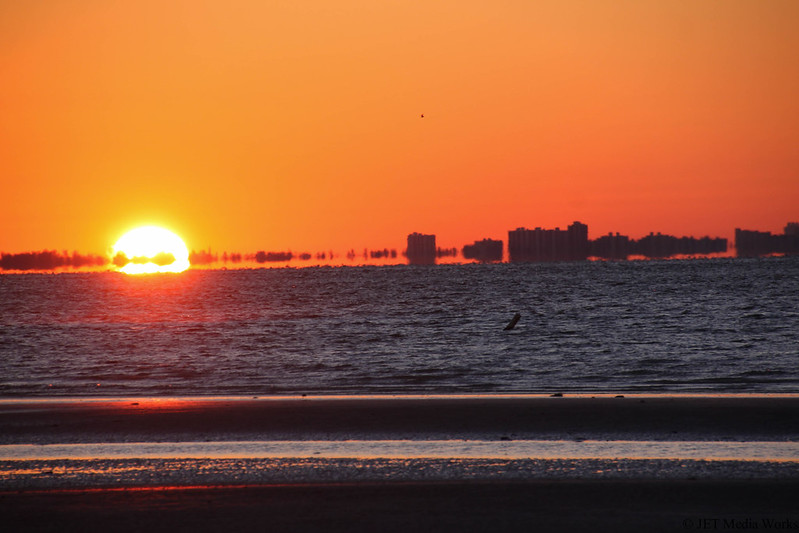 The cold temperatures made it all the way down to Sanibel.  It was 36 degrees (with a 28 degree wind chill) yesterday morning, but that didn't deter me from heading out for this sunrise.  It was beautiful! The wind was howling off the Gulf of Mexico, so I tucked behind a stand of sea grapes and sea oats along the beach to keep warm as dawn transitioned into sunrise. Within seconds the sun was completely over the horizon and seemingly out of no where hearty souls materialized on the beach to shell and even exercise. I've noticed that sunrise here is much different than sunset.  Sunrise offers shades of yellow and orange, while sunset includes an array of blues, purples and oranges. Happy weekend!
Posted by SRQ at 10:01 AM 6 comments 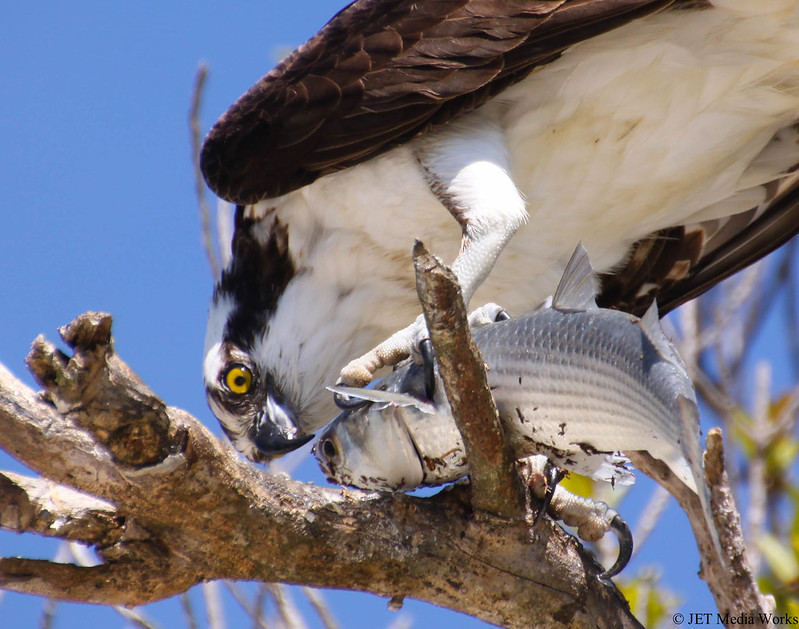 To say that a lot of ospreys inhabit Sanibel would be an understatement.  I'm seeing and hearing them all over!  This was one of the closest encounters yet -- maybe 15-20 feet directly above a residential street where I was bicycling.  The fish was so fresh it was still flopping around.  After taking a few photos, the osprey gave me a yellow beady-eyed stare and bobbed its head up and down.  I interpreted that to be a defensive posture and figured it found me to be a potential threat, so I bicycled away.  Gosh…I don't get tired of incredible wildlife scenes like this.
Posted by SRQ at 12:01 AM 8 comments 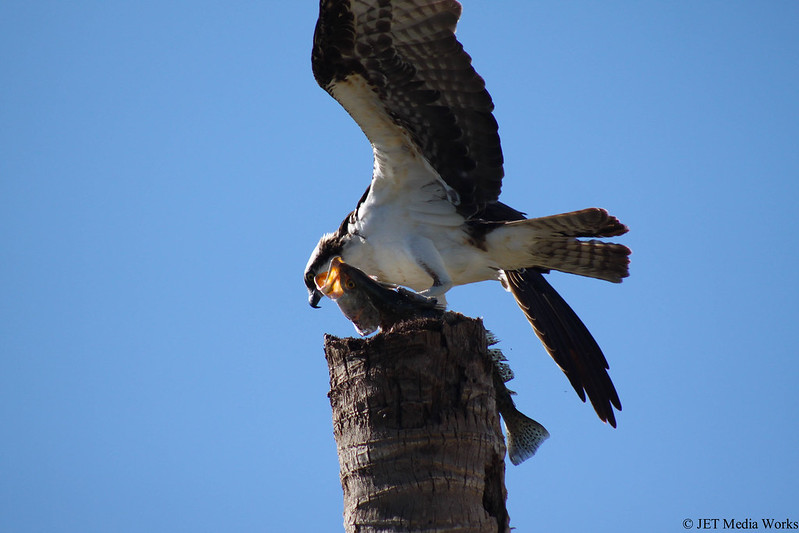 An island pictorial of natural order.
Posted by SRQ at 12:03 AM 7 comments 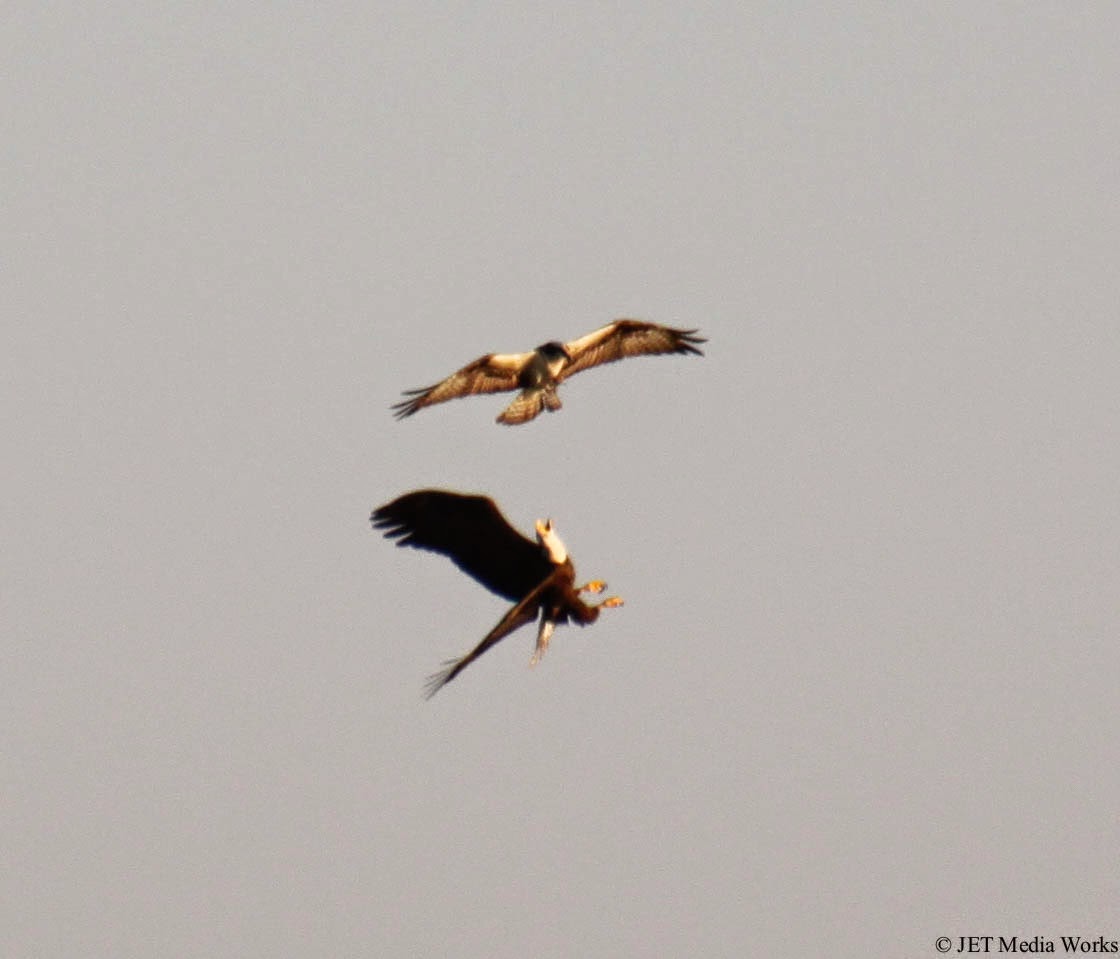 Just by pausing and taking in your surroundings, you can notice some amazing activity...especially when it comes to Mother Nature.  I was taking a stroll on the beach on Sanibel yesterday afternoon when I noticed an osprey flying over the Gulf of Mexico with something in its talons, presumably a fish.  Although it was a good distance away (at least 60 yards), I figured I'd look through my telephoto lens and confirm what it was, and maybe even get a picture.  As I was zooming in, my friend exclaimed "It dropped it!" (referring to the osprey releasing the fish) and simultaneously another bird appeared in my viewfinder.  If there's one species I can spot a mile away, it's a bald eagle -- and that's what it was!  Bald eagles have a reputation for being aggressive and taking meals away from other birds of prey right in mid-flight.  That's what was happening! The eagle was unsuccessful…but, get this:  after a very brief in-flight skirmish, the eagle took off --- and the osprey chased it!  Unbelievable!  It was such a neat experience to see unfold right before our eyes.  And, no one else on the beach was aware of the wildlife turmoil going on.  Although this isn't the best of photos, I was thrilled that I happened to capture the eagle's aggressive posture before it fled the scene.  Hope everyone in the blogosphere has been doing well!