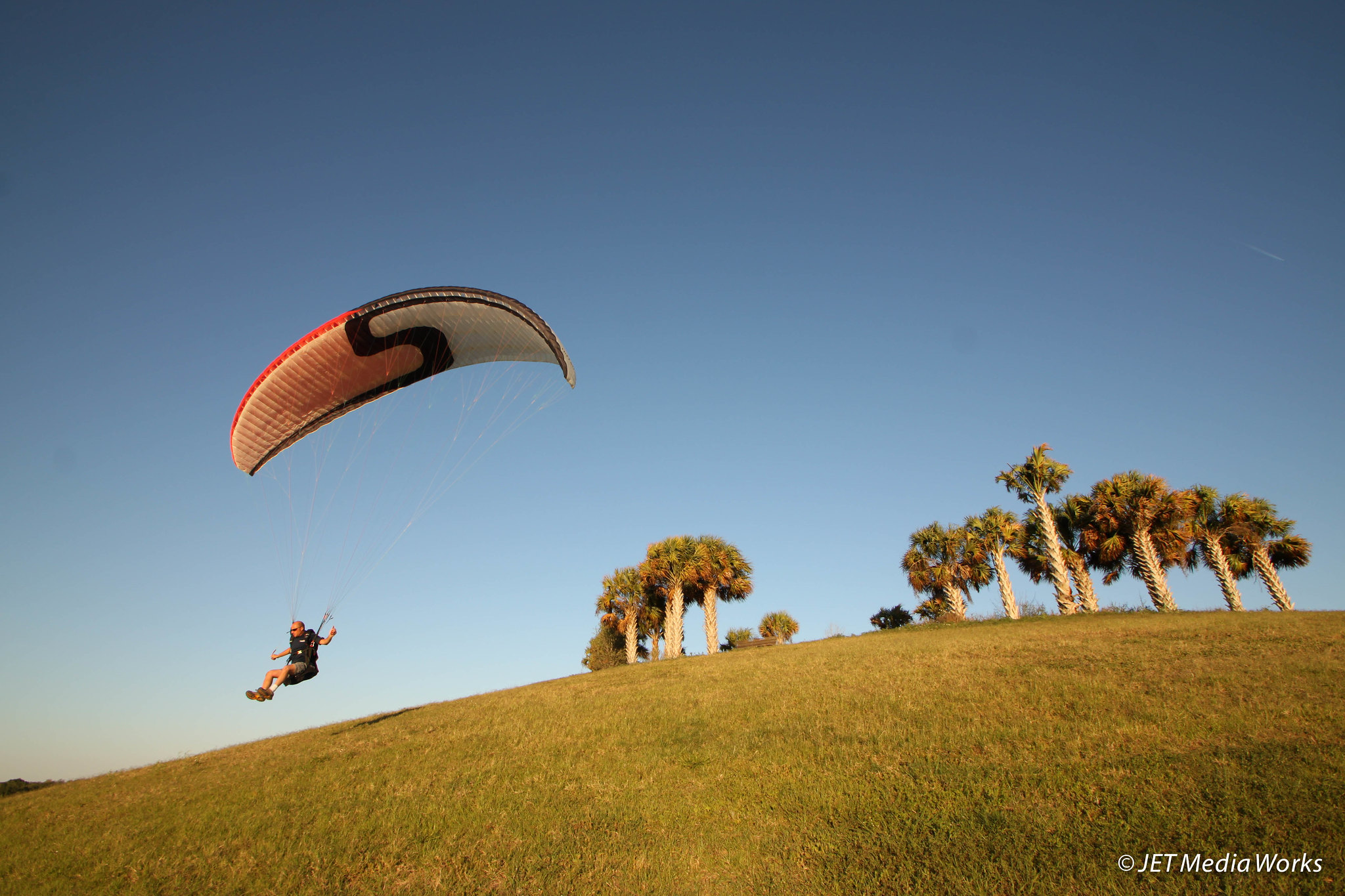 I visited the Celery Fields in rural Sarasota recently and encountered this guy paragliding.  This mound is the only somewhat large hill in the area, and he was practicing taking off.  After observing him for a few minutes and seeing him nearly carried away time and time again by the sheer force of the wind, as he frantically tugged the lines scrambling to control the chute, I was convinced he was a novice. Nope. He told me he'd been at it for 12 years -- but, he described the conditions that day as very challenging and equated it with bridge soaring. When he was almost dragged down the hill again, I thought it best to let him concentrate. I was exhausted for him just watching.  Can't imagine the upper body strength paragliding requires! I must say...that's one outdoor activity I've never been interested in trying.
Posted by SRQ at 12:03 AM

Wow, 12 years and still finding some days so hard.That is true dedication.

That could be fun!

That might be fun but could quickly turn dangerous. I'll sit back with you and take photos!

Greetings again. Re your question on Ocala: Those masks are, as I understand it, primarily to protect the eyes from flies. Evidently flies can get in horses' eyes and create considerate damage. And they horses can see through the masks. Can't imagine they're very comfortable, though, especially in our heat!

I like the composition of the photo, very nice. I personally wouldn't want to try this, one accident will put you in a serious condition, but I would be glad to watch and take photos.

Nice shot. Interesting sport. I've not heard it's siren call, either. I think I prefer close proximity to terra firma.